Margate will be gifted the festoon lights strung along the seafront and up to the Old Town, it has been confirmed today (March 15), although details of how they will be operated and maintained are still to be worked out.

The lights have been installed by the production crews working on the Sam Mendes movie Empire of Light which is currently being filmed in the town.

Residents have been calling for the lighting to remain after the crews wrap up filming at the end of May and those calls received backing from councillors including ward councillor Rob Yates.

It has now been confirmed that Neal Street Productions does plan to gift the lighting to Margate. An offer has gone to the Kent Film Office which will liaise with representatives from both Thanet and Kent councils.

Pippa Harris from Neal Street Productions said: “From the very first moment we discussed having the festoon lighting along the promenade it was always our hope to gift the lights to the town.

“We have received such a warm welcome and so much support from the people of Margate that we would be thrilled for the lights to stay and be something that will be enjoyed by the town and its visitors for years to come.”

Eddie Kemsley, Dreamland CEO said: “When we started our conversations with Neal Street Productions about this amazing film coming to Margate, we discussed how this project could leave a lasting beneficial legacy for the town. 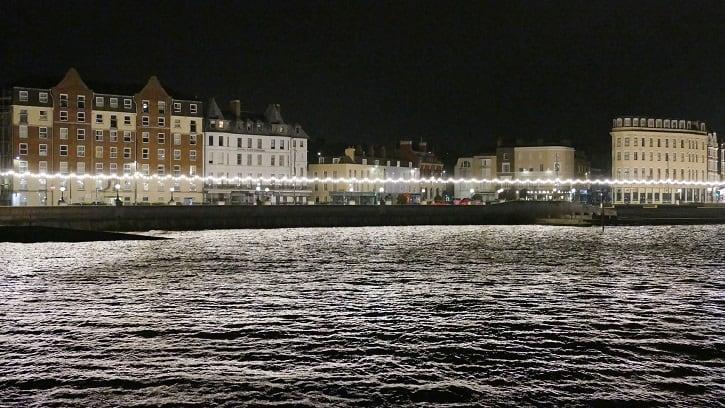 “The festoon lights strung along the entire parade, have not only sparked positive conversations but also literally illuminated our beautiful seafront and so we’re thrilled that they will continue to do so after filming has ended.

“There’s still work to do and a way to go with practicalities, but we’re sure the whole community will join us in thanking Neal St Productions for their generous gift.”

Cllr Yates said: “On behalf of Margate Central residents I would like to say a big thank you to Sam Mendes, the production company and Dreamland for their support in gifting these lights to Margate.

“I am confident that together we can resolve any technical issues involving the brightness levels, maintenance and cost of running the lights, just as Westgate Town Council manage their town centre Christmas lights.

“I know the residents and businesses of Margate will be thrilled and believe it will make people feel safer at night along our seafront. Let there be light!”

Filming for Empire of Light – a 1980s-based love story – started in Margate on February 28 and is due to run through until May 21.

Produced by Academy Award nominee Pippa Harris (1917, Call The Midwife, Penny Dreadful) and Mendes (1917, Skyfall and American Beauty) under their Neal Street Productions, the film will be released by Searchlight Pictures with an expected date of Autumn this year.