There are cases when a LED light can spy by covertly listening and then send that audio over 300 meters away to the eavesdropper. But this time, it is the LED fixtures that are the “backbone” of a new surveillance system scrutinizing and recording us. The New York Times reported that 171 LED fixtures inside Terminal B at Newark Liberty International Airport are “watching” us.

Using an array of sensors and eight video cameras around the terminal, the light fixtures are part of a new wireless network that collects and feeds data into software that can spot long lines, recognize license plates and even identify suspicious activity, sending alerts to the appropriate staff.

It’s not the “green” side of saving energy by automatically turning the lights off and on that has the Port Authority of New York and New Jersey excited and “already talking about expanding it to other terminals and buildings.” Instead, the excitement comes from the mountains of data captured by sensors and analyzed by software about “the habits of ordinary citizens.” Right now Port Authority, which operates Newark Airport, “owns” the data collected, but law enforcement can obtain it via a “subpoena or written request.” 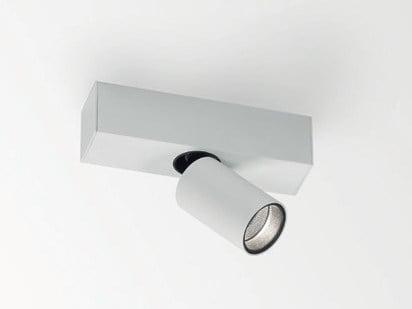 Terminal B is the only Newark Airport passenger terminal directly operated by Port Authority, who in 2012, addressed "complaints by passengers that they cannot move freely" by beginning $350 million in rennovations. In 2014, say hello to the new spying eye-in-the-sky LED light fixtures that “are outfitted with special chips and connect to sensors, cameras and one another over a wireless network. Data that is collected — say, a particular car pulling up to the terminal — can then be mined and analyzed for a broad range of applications.”

The light fixtures at Newark Airport are not the only lighting system intent on spying on the public to improve “safety” and “security.” It's not even a new idea. Yet three years ago when Internet-connected street light systems made by IntelliStreets came under fire for invading privacy, the company went on the defensive by calling its surveillance system a “big idea” and not “Big Brother.”

Conversely, Sensity Systems, the company that designed Port Authority’s light fixture surveillance system, believes its lighting provides the “perfect infrastructure” to build a new network “to gather information about people and the planet.” If you are interested, the video below is an interview from October 2013 with Sensity CEO Hugh Martin who gave the Times the gather info quote above.

These companies are not the only players claiming to analyze data from their Internet-connected LED light fixture systems to provide actionable intelligence. The Times said executives claim "the potential for the advanced lighting is nearly boundless," but that "potential" seems much less about saving energy and more about collecting data.

Like it or not, the Internet of Things will one day connect almost anything you can imagine to the net. Although you might have once wondered why anyone would need to connect a light bulb to the Internet, the coolness factor of Philips hue and Friends of hue may have won you over.

By using IFTTT recipes, you can program your hue lights to do all sorts of cool “if” this “then” that actions. The difference is, neither the light fixtures containing the hue bulbs, nor the light strips or even Bloom lights are spying on you; they are not equipped with cameras to take photos, videos or monitor audio. Any If, Then statements for the hue-type light bulbs will not trigger surveillance that ends up stored in a government database.

Let's get real. The light fixtures and LEDs at Newark Airport are not about saving energy or having cool lights capable of 16 million colors; it’s about watching us, analyzing data about us and storing it for who knows how long. As Justin Brookman from the Center for Democracy and Technology told the Times, “There are some people in the commercial space who say, ‘Oh, big data — well, let’s collect everything, keep it around forever, we’ll pay for somebody to think about security later.’ The question is whether we want to have some sort of policy framework in place to limit that.”