But the U.S. Senate is convinced that high 1 o'clock is just what we all need, all the time.

It's nice to see them all agreeing on something for once, but why did it have to be this? Could they all be sleep deprived after Sunday's "spring forward" time change?

More:It's daylight saving time: Here's when you should spring your clocks forward

Anyone who has to get up for work in the morning — or worse, get teenagers to school in the morning — knows that the change to daylight savings time is a horrible week. Suddenly, nearly the entire country is jetlagged, forcing themselves out of bed in the dark and then unable to fall asleep when the clock says it's bedtime.

No time change is observed in Hawaii, most of Arizona, Puerto Rico, the U.S. Virgin Islands, American Samoa, Guam and the Northern Marianas. Smart move. 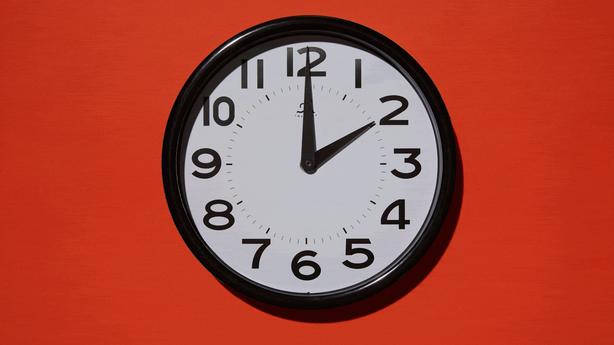 Senators say the problem is the act of changing the time, hence the Sunshine Protection Act, which will cure depression and make people smile more, Sen. Ed Markey of Massachusetts, the original cosponsor of the legislation, said in a statement.

The thing is, daylight savings time doesn't actually, you know, create more daylight. The sun comes up and goes down on the same schedule, no matter what the clock says.

Most high school students would have to be in class before dawn. Elementary school kids would be waiting for morning buses in the dark all winter. Commuters would be stopping for coffee and gas long before daylight.

Daylight savings time has its origins in World War I, when it was enacted to lower energy use by keeping lights off later in the evening. It went into effect again in World War II, and the twice-yearly time change began in 1966. It was expanded to eight months of the year in 2007.

But it doesn't save on energy costs, not these days. A 2008 study by the National Bureau of Economic Research used data from Indiana, which began observing DST in 2006. That study concluded that the change netted a 1% increase in energy costs because the reduction in lighting needs was offset by more demand for heating and cooling.

That will only get worse as climate change makes summers even hotter and outdoor events move to later in the evenings, when it's cooler but lights are needed. Forcing people to start winter days an hour earlier will only mean using that much more electricity and heat.

Last October, a poll showed that most Americans want to avoid the time change. Forty-three percent said they want to use standard time all year, while 32% want to be on daylight savings time all year.

In Pennsylvania, state Rep. Russ Diamond, R-Lebanon, has repeatedly introduced bills to keep the state on standard time all year. That's a move we would get behind.

Do away with the time change, but do it the smart way. Make standard time the standard all year. And senators, if you want to get up an hour earlier every day, feel free.