For decades, the stars in our night sky have been blotted out by artificial light — from streetlamps, residential houses, businesses, construction sites, vehicles, billboards and so on. The glow they emit misdirects light up towards the sky, obscuring much of the Milky Way.

This excessive artificial light, or light pollution, doesn't just stop us from admiring our galaxy but it adversely affects human health, harms plants and animals, and wastes money and energy. 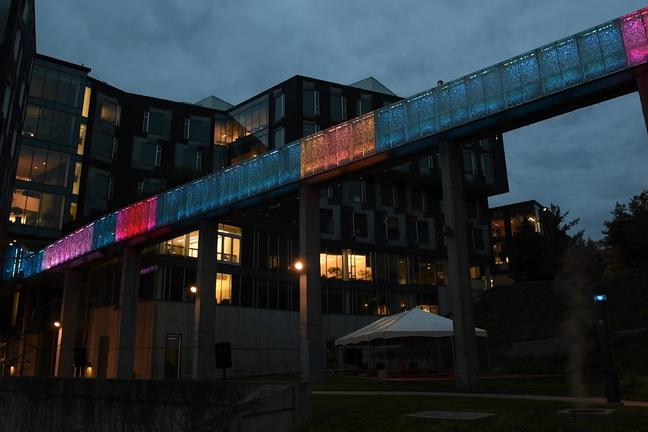 To combat the negative effects of light pollution, the Pittsburgh City Council has passed a new Dark Sky Ordinance for all of the city's parks, facilities and streetlights. The Office of Mobility and Infrastructure prepared the ordinance with support from two Carnegie Mellon University dark sky experts.

"I'm excited for this to be out in the world," said Diane Turnshek, special faculty in Carnegie Mellon University's Department of Physics. Turnshek and Stephen Quick, an architect and urban designer and special faculty in CMU's School of Architecture, helped draft the ordinance.

This is the first ordinance of its kind in the country and aims to replace the city's 35,000 streetlights, and install up to 8,000 new ones.

Dark sky lighting uses technology, like motion sensors, dimmers and timers, cooler temperature bulbs, and shielding — which makes sure light is directed down instead of up — to reduce light pollution while providing enough lighting for safety and comfort.

The city plans to retrofit existing streetlights to dark sky compliant LED lights. Pittsburgh's current 4,300 LED streetlights glow at 5,000 kelvins and give off a bright blue-white glare. The new LED lights will be at a lower temperature and look much softer and warmer, as recommended by the International Dark-Sky Association.

The ordinance aims to improve safety and security, reduce light pollution, save energy and advance equity in all Pittsburgh neighborhoods. Communities of color, the ordinance notes, experience over-lighting and light pollution — which can negatively impact mental and physical health — at a disproportionate rate.

Turnshek has been a dark sky crusader for a decade. It's been a long road to get the word out. Anything you can think of to raise awareness, chances are Turnshek has done it.

As an astronomy instructor in the Pittsburgh area for over 40 years, Turnshek has noticed that more and more students each year have never seen the Milky Way. During a 2012 dark sky trip to the Mars Desert Research Station, she was reminded of the awe of a vast and twinkling night sky — looking up, she felt as though she was being lifted toward the sky.

Inspired by the trip, Turnshek began her mission to bring back dark skies with a 2015 TEDxPittsburgh talk, "De-Light the Night," that now has more than 26,000 views. She's given more than 50 talks to local groups, homeowner associations, schools and science organizations; spoken at dozens of conferences; handed out literature; curated space art galleries; hosted a dark skies conference; and founded the local International Dark Sky Association group, IDAPgh.org.