Asian markets closed mixed today as Japan’s Nikkei declined 0.90%, China’s Shanghai Composite and Hong Kong’s Hang Seng lost 0.73% and 0.03%, respectively, while India’s Sensex gained 0.37%, Taiwan’s TAIEX advanced 0.27% and South Korea’s KOSPI eked out a gain up 0.2%. By mid-day trading, European equity indices are up across the board and U.S. futures point to a strong open with yesterday’s rebound in tech stocks and the Nasdaq Composite Index looking to continue.

While the market open looks positive, investors will want to take note of Fed Chairman Jerome Powell’s testimony in front of the Senate Banking Committee at 10 AM ET this morning. While Powell's re-nomination hearing will be one focus, investors will be angling for any insight as to how aggressive the Fed may be returning to more normalized monetary policy. Per Powell’s prepared remarks, which were released ahead of his testimony, the Fed will use all tools to prevent higher inflation from becoming entrenched. Odds are that comment will be dissected during the Q&A portion of today’s testimony, and we suspect how stocks fare today will be determined by how eloquent Powell will be.

Yesterday, the U.S. reported 1.35 million new coronavirus infections vs. the prior record of 1.03 million cases on January 3. The seven-day average for new cases has tripled in two weeks over 700,000 new infections a day. As of Sunday, 142,388 people with the virus were hospitalized nationwide, according to data from the U.S. Department of Health and Human Services, surpassing the peak of 142,315 reported on January 14, 2021. Health officials continue to warn the surge in the number of infections could strain hospital systems, especially given critical staffing shortages at ~25% of U.S. hospitals.

According to a new requirement from the Biden administration, starting January 15, private health insurers must cover the cost of up to eight at-home COVID-19 tests for each covered member.

In Italy, in addition to the upcoming moratorium on unvaccinated Italians being unable to return to work, there have been increasing restrictions on their ability to enter other public spaces like gyms and coffee shops.

Meanwhile, an increasing number of countries are reducing quarantine times for infected people in an effort to avoid the kind of economic impact experienced in past two years due to lockdown scenarios.

Like many countries, Australia is undergoing a huge spike in Covid cases and while there are provinces that have instituted some lockdown measures, the country’s overall position is best summed up by Prime Minster Scott Morrison’s recent comments that, "You've got two choices here: you can push through, or you can lockdown. We are for pushing through." The resolution of unvaccinated tennis star Novak Djokovic’s detention and subsequent release by Australian authorities is a clear sign that despite the perceived risks, the country is indeed looking to power through this new wave.

Sales of passenger cars in China during 2021 rose 4.4% YoY 20.15 million vehicles according to data published by the China Passenger Car Association with October-December sales down 11.4% YoY. In 2021, sales of new-energy vehicles--including electric and plug-in hybrid vehicles--more than doubled to 2.99 million units. Tesla (TSLA) reported its China-made electric cars sales jumped 34% MoM and +348% YoY to 52,859 units in the month of November.

Japan’s Leading Economic Indicator issued a preliminary figure surprising 1.5 points to the upside to print at 103 bettering both the estimate and previous figure of 101.5.

The Netherland’s CPI for December came in at 5.7% which is higher than the previous print of 5.2% but lower than expectations of 6.1%.

The lone domestic economic data point today is the December reading for the NFIB Small Business Optimism Index, which rose to 98.9 from 98.4 in November. 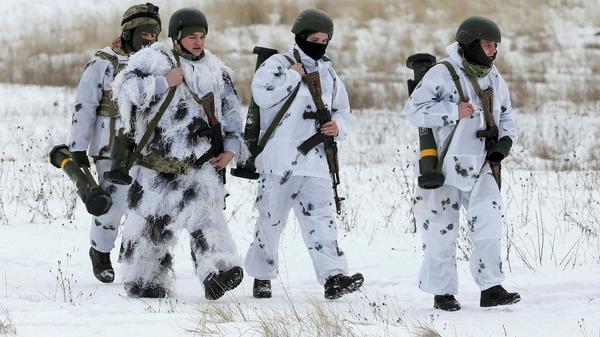 Investors once again bought the dip yesterday afternoon following signs the 10-year Treasury yield peaked leading the S&P 500 to decline 0.1%, marking its fifth day of declines. The Dow Jones Industrial Average fell 0.5% and the Russell 2000 0.4% while the Nasdaq Composite Index eked out a 0.1% gain after having been lower by 2% during intraday trading. That brings U.S. equity market indices to the following on a year-to-date basis:

Big Lots (BIG) also issued downside guidance for its current quarter that ends in January, and now sees EPS of $1.80-1.95 vs. the $2.17 consensus. Per the company, while its performance was at the upper end of its expectations through December since early January, it has experienced a softening of traffic and sales trends which it chalks up to not only adverse weather conditions but also the rapid spread of the Omicron variant and its impact on consumer behavior.

Nokia (NOK) now sees its 2021 revenue at the mid-point of its prior guidance or ~€22.2billion and boosted its operating margin expectation to 12.6% vs. its previous guidance that called for 10%-12%.

There are no companies slated to report their quarterly results but given the countdown to the December quarter earnings season we and other investors will be on watch for earnings related pre-announcements both good and not so good. Those looking for more on which companies are reporting when, head on over to Nasdaq’s Earnings Calendar.

Thought for the Day

“You have to learn the rules of the game. And then you have to play better than anyone else.” ~Albert Einstein.