Could Russia plug the cloud gap with abandoned Western tech?

What happens to a country when it runs out of cloud? We might just be about to find out as Russia has apparently realized it’ll be out of compute capacity in less than three months and is planning a grab for resources left by Western companies who have exited the country after Vladimir Putin’s invasion of Ukraine.

A report in Russian newspaper Kommersant says the Kremlin is “preparing for a shortage of computing power, which in the coming months may lead to problems in the operation of state information systems.” Initial translations of the report referred to a shortage of storage.

The Russian Ministry of Digital Transformation reportedly called in local operators earlier this month to discuss the possibility of buying up commercial capacity, scaling back gaming and streaming services, and taking control “of the IT resources of companies that have announced their withdrawal from the Russian Federation.”

Apparently, authorities are “conducting an inventory of datacenter computing equipment that ensures the uninterrupted operation of systems critical to the authorities.” The ministry told the paper it did not envisage critical shortages, but was looking at “mechanisms aimed at improving efficiency.”

The report cited rising public-sector demand for computing services of 20 percent. It added that one major impact is from the use of “smart cities” and surveillance systems. Apparently, its source “explains that due to the departure of foreign cloud services, which were also used by some departments, the demand for server capacities instantly increased.”

Meanwhile, the report continues, Russia’s datacenter operators are struggling, swept up in sanctions, economic turmoil and facing the challenge of sourcing kit when the ruble is collapsing. And they are effectively left with just one key supplier – China.

It’s not like Russia was awash with datacenter and cloud capacity in the first place. According to Cloudscene, there are 170 datacenters, eight network fabrics, and 267 providers in Russia, which has a population of 144 million.

Neither AWS, Google nor Azure maintain datacenters in Russia, and while there may be some question as to what services they provide to existing customers, it seems unlikely they’ll be offering signups to the Russian authorities. AliBaba cloud doesn’t apparently have any datacenters in Russia either.

It’s also debatable how much raw tin there is available in the territory. In the fourth quarter, external storage systems shipped in Russia totaled $211.5m, up 34.2 percent. Volumes slipped 12.3 percent on the third quarter, while in the fourth quarter 50,199 servers were delivered, up 4.1 percent, though total value was up 28.8 percent at $530.29m. 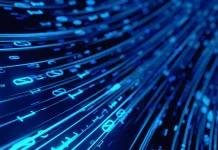 Now, presumably, Dell and HP kit will not be available. Neither will kit from Fujitsu, Apple, Nokia or Ericsson, and cloud services from AWS, Google or Azure.

Could China step in?

Chinese brands might be an option, but they’ll still want to be paid, and the ruble doesn’t go very far these days. Chinese suppliers will have to weigh the prospect of doing business in Russia against the possibility of becoming persona non grata in far more lucrative markets like Europe, and perhaps more scarily being cut off from US-controlled components. Kommersant reported that Chinese suppliers have put deliveries on hold, in part because of sanctions.

So there are plenty of reasons for Russia to eke out its cloud compute and storage capacity. According to the Kommersant: “The idea was discussed at the meeting to take control of the server capacities of companies that announced their withdrawal from the Russian market.”

Could this fill the gap? One datacenter analyst told us that, in terms of feasibility, two to three months is doable as “what normally holds up delivery of services is permits and government red tape, construction. If they are taking over existing datacenter space with connectivity and everything in place, they could stand up services pretty fast.”

But it really depends on the nature of the infrastructure being left behind. This is not a question of annexing Western hyperscalers’ estates, given they are not operating there. Which presumably leaves corporate infrastructure as the most likely target.

Things would be far more complicated when it came to “leveraging dedicated private cloud infrastructure that’s been aligned to these companies that are exiting. These are well-recognized Fortune 500 businesses we’ve seen exiting. These businesses have really competent IT leaders. They’re not just going to be leaving these assets in a state that people are going to be be able to pick them up and repurpose them.”

From the Russian authorities’ point of view, “they would be going out and taking those servers, and then reintegrating them into some of these larger cloud service providers more than likely. Even from a security perspective, a supply chain perspective, from Russia’s perspective, would that be a sensible idea? I don’t know,” Sinclair added.

The exiting companies would presumably have focused on making sure their data was safe, he said, which would have meant eradicating all the data and zeroing all the SAN infrastructure.

“Following that, there’s a question about whether they just actually brick all the devices that are left, whether they do that themselves, or whether the vendors are supporting them to release patches to brick them.

“Connecting Fiber Channel storage arrays that have been left behind to a Fiber Channel network? Reasonable. But to be able to do that in two to three months, and to be able to validate that the infrastructures are free of security exploits, all the drives have been zeroed, and it’s all nice and safe? I think that’s an extreme challenge.”

But he added: “When you’re backed into a corner, and there’s not many choices available…”

Of course, it’s unwise to discount raw ingenuity, or the persuasive powers the Kremlin can bring to bear. It’s hard not to recall the story of how NASA spent a million dollars developing a pen that could write in space, while the Soviets opted to give its cosmonauts pencils. Except that this is largely a myth. The Fisher Space Pen was developed privately. And Russia used it too.