Betrayal on the River: The Cincinnati Reds are Changing Course. Again.

The leader had given everything to the club. Years of frustration were building. Other players begged him to go to the owner. There were clearly upgrades that needed to happen and the team was well below the salary cap. It just made sense. So, he went to the owner and delivered a blunt message, one that had festered inside him for, yes, years.

“You have to be aggressive in the pursuit of winning.”

The owner remained steadfast. Stubborn. Unmoved. So the leader demanded a trade.

Long before Employee No. 19 became a thing in the Queen City, there was Employee No. 9. Or the unadorned name I preferred: Nine. Carson Palmer did what nobody had done to Mike Brown. He stood up to him. Called him out on his cheapness, his shabby ownership ways; his Iago sensibilities, succumbing to the late-nite whispers that told him to first and foremost, “put money in thy purse.”

You would have thought the fan base would have rallied around Nine, a player who lifted a suffering franchise with his play, only to suffer a gruesome injury against a hated rival in a crucial playoff game, then rehabbed in record time to get back onto the field and compete. But, no. Palmer became a pariah in Cincinnati, a symbol of the team’s dysfunction. Indignant fans sided with the owner. They called Nine a quitter and much worse.

For all the social media hate for the owners today, there’s still very much a “billionaires versus millionaires” sentiment that permeates the bar stool, the line for helmet nachos, and maybe even The Pitch. It goes like this: “a pox on all your houses.” But, mostly, the venom is directed at the players. Why? Because through our playground fantasies, we share a common ground. We can’t relate to the hedge fund guy with yachts and castles, but we can easily imagine ourselves hitting a free throw to send the game into overtime, or fielding the ground ball that ends the inning. And we cannot understand why the players are not happy making money we can only in our wildest dreams conceive of, while playing a game we so love.

Ownership has made a cold calculation. It took a flyer with the acquisitions of Trevor Bauer, Mike Moustakas, Nick Castellanos and Sonny Gray—and watched as the pandemic unraveled the best laid plans of mice and men. As Joe Sheehan wrote a year ago:

Playing in one of the smallest media markets in baseball means they make, as estimated by FanGraphs’ Craig Edwards, $48 million in local TV and radio money, a bottom-ten figure. Due to the pandemic, the Reds did not benefit from any local revenue sharing, as that program was suspended. Finally, attendance at Great American Ball Park will be limited to start the 2021 season, so leveraging the success of the 2020 team will be hard to do.

Sheehan’s conclusion today is that the Reds have gone into Pirates mode, but I believe the Castellini Family has turned their lonely eyes to the Tampa Bay Rays, and their model of how to run a franchise. The spending spree that left them busted at the blackjack table taught him a valuable lesson. The lockout and the subsequent agreement only burnished the schooling.

Folks keep referring to this as another rebuild. But this feels wrong somehow. They are not tearing it down with an eye toward competing in what has become the traditional way, sacrificing a season or three, biding time, making trades, moving prospects to fill holes while waiting for the whole to congeal into a winning machine, then adding a couple of well-timed free agents. This is a philosophical reset; an organizational shift; a way to compete going forward that eschews not just the big ticket signing, but meaningful free agent signings period. It’s budget baseball. It’s The Rays Way all the way.

They will rely on young, cheap players to provide production at Costco prices, jettisoning players just as they become too expensive, realigning resources on-the-fly; and use that line-item veto with impunity. They will churn relentlessly. Ownership is going to bet the organizational people can identify and mine talent that others miss. The problem is that mining talent is only half the equation. Developing it is the other half—and the Reds just shed themselves of some of the brightest development people in baseball for reasons unknown to everyone but themselves. 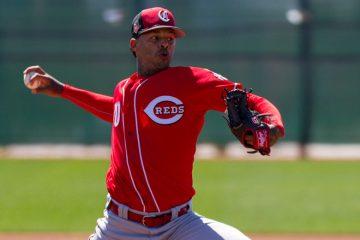 Another problem is that you cannot simply go farm-to-table with a baseball team. You must supplement with $$, dipping the occasional toe into the free agent pool, finding those players who can plug holes and bring experience and guidance to a clubhouse filled with driven, if callow youth.

The people who own the Reds have money. Lots of it. That doesn’t mean this is a binary choice where you believe the owners are either billionaires or liars. If there are no small market teams anymore, there surely remain “smaller” markets. True, ticket sales do not carry the all-importance they once did because of all that TV money and revenue sharing. But, it’s also a fact that if Gerrit Cole’s arm fell off shortly after signing his $324M contract, the Yankees would be hurt, but they would walk on. If the Reds lost Gerrit Cole, it would cripple them for years and years.

But, yes, the Reds have money. Lots of it. Enough to make a run with all these young players the real Rebuild rewarded them with not that long ago. And this is the real crime here.

With hard-won fan rage, the bugle has been sounded, announcing Nick Krall’s malfeasance, as if any GM wants to slash payroll and excommunicate beloved and productive players. But do not blame Krall for being sent out to face the firing squad of public opinion with little more than a blindfold and a cigarette. When Walt Jocketty was ridiculed for bringing in Skip Schumaker and Jack Hannahan, it never occurred to some that the owner, having spent $225M on Votto and another $73M on Brandon Phillips, might have told his GM to make due with a handful of ducats while filling out the rest of the roster. Surely, Jocketty would have rather had Carlos Beltran in the outfield for the Reds in 2012, but the Reds GM was playing with monopoly money by then. Instead of offering the 2-year $26M deal Beltran got to play for St. Louis, the Reds settled for Ryan Ludwick on a 1-year, $2M deal. That was the owner making decisions that the GM had to execute. You can take that to the bank.

Hard as it might be, it really is important to keep one’s eye on the ball when assessing blame. We get tired of blaming those out of our reach, so we aim for fresher, more attainable targets. A media guy once told me it was old news blaming Mike Brown for his football team’s problems. Nobody wants to rehash that obvious fact. So, Zac Taylor became the entree du jour. Krall is excoriated for being a poor wordsmith, for failing to suit the action to the word, the word to the action, when even Charles Dickens couldn’t fashion honesty while following the edicts of a modern day Scrooge running the Cincinnati Reds Baseball Club. Blaming Nick Krall for the return on his trades ignores the obvious difficulty in negotiating with those on the other side of the table who are already aware of ownership’s commitment to relieving itself of those pesky, expensive employees no matter the cost in wins. Nick Krall might be a capable GM. He might be a bad one. We don’t know because he simply has no leverage, being sabotaged by a meddling owner who’s admitted more than once he relishes having the final say. But we have a lot of fan bullets to use. Why spend them on just one guy? What fun is that?

Never forget the conversation Paul Daugherty of the Cincinnati Enquirer once had with Castellini. When Doc asked if he’d been too involved with baseball operations, he was swiftly cut off:

“No. It’s bull. We make decisions collectively. When we meet, we all give our opinions. I will come in and say, this is what I think we ought to do. If I don’t get a lot of opposition, we make the decision based on what I say. I do not get overly involved in our operations.’’

Meanwhile, Joey Votto remains on an island, with little more than a rubber dinghy and a paddle to make his escape. He watched his best friend, Jay Bruce, banished to the East Coast. Now he gets to watch Eugenio Suarez pack his bags for the West Coast while Votto sits on the bench, more alone than ever. His World Series dreams—and our World Series dreams for him—are surely gone now.

The hashtag WWJD resonates. What would Joey Do? What should Joey do? Like Nine, should Nineteen demand a trade? Who would trade for a 38-year old making franchise money in the twilight of his career at a time when big data baseball has figured out that players in their 30s no longer have the value they once had?

Should Votto make the symbolic gesture anyway, stand up to ownership the way Nine did? Would it even matter?

“We haven’t done enough winning,” was the most strident thing Votto has said to date.

But, dear fan, you knew that already.