Are your home security cameras vulnerable to hacking?

Installing an internet-connected security camera in your house won't necessarily bring a wave of hackers to your Wi-Fi network -- but losing privacy resulting from a device's security shortcomings is surprisingly common. Last year, an ADT home security customer noticed an unfamiliar email address connected to her home security account, a professionally monitored system that included cameras and other devices inside her home. That simple discovery, and her report of it to the company, began to topple a long line of dominoes leading back to a technician who had spied, over the course of four and a half years, on hundreds of customers -- watching them live their private lives, undress and even have sex.

ADT says it has closed the loopholes that technician exploited, implementing "new safeguards, training and policies to strengthen … account security and customer privacy." But invasions of privacy are not unique to ADT, and some vulnerabilities are harder to safeguard than others.

Whether you're using professionally monitored security systems such as ADT, Comcast Xfinity or Vivint, or you just have a few stand-alone cameras from off-the-shelf companies like Ring, Nest or Arlo, here are a few practices that can help protect your device security and data privacy.

Read more: Amazon unwraps privacy features as it tries to roll deeper into your home

Is my security system vulnerable?

Before jumping into solving the problems of device insecurity, it's helpful to understand how vulnerable your devices really are.

Major professionally monitored security systems -- and even individually sold cameras from reputable developers like Google Nest and Wyze -- include high-end encryption (which scrambles messages within a system and grants access through keys) almost across the board. That means as long as you stay current with app and device updates, you should have little to fear of being hacked via software or firmware vulnerabilities.

Likewise, many security companies that use professional installers and technicians have strict procedures in place to avoid precisely what happened at ADT. The Security Industry Association -- a third-party group of security experts -- advises manufacturers such as ADT on matters relating to privacy and security.

"The security industry has been paying attention to [the issue of privacy in the home] since 2010," said Kathleen Carroll, chair of the SIA's Data Privacy Advisory Board, "and we continue to work to help our member companies protect their customers."

Some professionally monitored systems, such as Comcast and now ADT, address the problem by simply strictly limiting the actions technicians can take while assisting customers with their accounts -- for instance disallowing them from adding email addresses to accounts or accessing any recorded clips.

"We have a team at Comcast dedicated specifically to camera security," a Comcast spokesperson said. "Our technicians and installers have no access to our customers' video feeds or recorded video, which can only be accessed by a small group of engineers, under monitored conditions, for issues like technical troubleshooting."

"Only customers can decide who is allowed to access their Vivint system, including their video feeds," a spokesperson for home security company Vivint said. "As admin users, they can add, remove or edit user settings. And ... we regularly conduct a variety of automated and manual audits of our systems."

With DIY systems, customers set up their own devices, making technician access a moot point. But if customers opt into additional monitoring, which is often offered alongside individual products, that may complicate the issue.

One such company, Frontpoint, said in an email that it tightly constrains personnel access to customer information, disallowing, for instance, agents from watching customer camera feeds -- except in particular, time-boxed cases where permissions are obtained from the customer, for the purpose of troubleshooting or other types of assistance.

A representative of SimpliSafe, another developer straddling the line between DIY and professionally installed home security, responded more broadly to questions about its procedures: "Much of our day-to-day work is focused on maintaining our systems so that vulnerabilities are immediately identified and addressed. This relentless focus includes both internal and external security protocols." 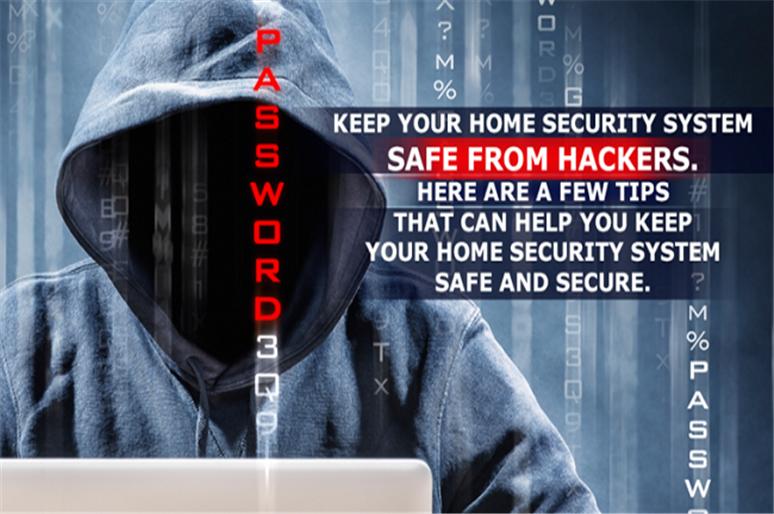 In short, security companies appear to be consciously using multiple levels of security to protect customers from potential abuse by installers and technicians -- even if the processes by which they do this aren't entirely transparent. But even if they're effective, that doesn't mean your smart cameras are totally secure.

How could my cameras be accessed?

The ADT case didn't technically require any hacking on the part of the technician, but what if hacking is involved? There are plenty of cases of remote hacks, after all. And even quality devices with high levels of encryption aren't necessarily safe from hacking, given the right circumstances.

There are two primary ways a hacker can gain control of a video feed, security expert Aamir Lakhani of FortiGuard told CNET: locally and remotely.

Within a local network, some older security cameras aren't encrypted or password-protected, since the wireless network security itself is often considered enough of a deterrent to keep malicious attacks at bay. So once on the network, a hacker would have to do little else to take control of the cameras and potentially other IoT devices around your house.

Local hacks are unlikely to affect you, though, as they require focused intent on the target. Remote hacks are the far more likely scenario, and examples crop up fairly often in the news cycle. Something as common as a data breach -- such as those at Equifax or Delta -- could put your login credentials in the wrong hands, and short of changing your password frequently, there's not much you could do to prevent it from happening.

Even if the security company you use -- professionally monitored or otherwise -- has strong security and end-to-end encryption, if you use the same passwords for your accounts as you do elsewhere on the internet and those credentials are compromised, your privacy is at risk.

And if the devices you use are dated, running out-of-date software or simply products from manufacturers that don't prioritize security, the chances of your privacy being jeopardized rise significantly.

For hackers with a little know-how, finding the next target with an unsecured video feed is only a Google search away. A surprising number of people and businesses set up security camera systems and never change the default username and password. Certain websites, such as Shodan.io, display just how easy it is to access unsecured video feeds such as these by aggregating and displaying them for all to see.

How to know if you've been hacked

It would be almost impossible to know if your security camera -- or perhaps more unnervingly, baby monitor -- has been hacked. Attacks could go completely unnoticed to an untrained eye and most people wouldn't know where to begin to look to check.

A red flag for some malicious activity on a security camera is slow or worse than normal performance. "Many cameras have limited memory, and when attackers leverage the cameras, CPU cycles have to work extra hard, making regular camera operations almost or entirely unusable at times," said Lakhani.

Then again, poor performance isn't solely indicative of a malicious attack -- it could have a perfectly normal explanation, such as a poor internet connection or wireless signal.

While no one system is impervious to an attack, some precautions can further decrease your odds of being hacked and protect your privacy in the case of a hack.

Another important step is simply avoiding the conditions for an invasion of privacy. Hacks are unlikely and can be largely avoided, but keeping cameras out of private rooms and pointed instead toward entryways into the house is a good way to avoid the worst potential outcomes of a hack.

Lakhani also suggested putting stand-alone security cameras on a network of their own. While this would doubtless foil your plans for the perfect smart home, it would help prevent "land and expand," a process by which an attacker gains access to one device and uses it to take control of other connected devices on the same network.

Taking that one step further, you can use a virtual private network, or VPN, to further restrict which devices can access the network the security cameras are on. You can also log all activity on the network and be certain there's nothing unusual happening there.

Again, the chances of being the victim of an attack like this are quite small, especially if you follow the most basic safety precautions. Using the above steps will provide multiple layers of security, making it increasingly difficult for an attacker to take over.

Correction, Feb. 11: An earlier version of this article misstated when ADT sought advice from the SIA. ADT's work with the SIA predates the discovery of the technician's abuse last year.