“Could you try out Amazon’s latest Alexa device for us?” they asked. And like an overeager fool I leapt at the chance. Not many hours later, an important-looking courier arrived at my front door bearing… a plug socket. Yes, the latest addition to the Alexa family is the Amazon Smart Plug.

Well, you say, it is at least a special voice-operated plug, right? Nope, not at all. It’s a completely generic smart socket which connects to your 2.4GHz Wi-Fi network. Yes, it can be turned on and off by Alexa, but there are plenty of third-party alternatives which do the same for half the price.

READ NEXT: Our guide to the best smart home security cameras

Specifically and, somewhat ironically, it only takes a quick search on Amazon’s own website to find a huge choice of better-specified alternatives. It’s up to you which you choose – there are so many – but you could start with a pack of two TECKIN Smart Plugs for £22, which have Alexa support and an energy monitoring facility or the AISIRER mini smart plug, a steal at £13, which includes support for IFTTT out of the box and, again, Alexa support.

To be fair, the Amazon branding inspires a certain confidence, and the setup procedure is admirably slick. You simply open up the Alexa app on your smartphone, tell it you want to add a new device, scan in the QR code on the back of the plug – which is slightly irritating if you’ve jumped the gun and pre-emptively plugged it in – and enter your wireless network credentials. 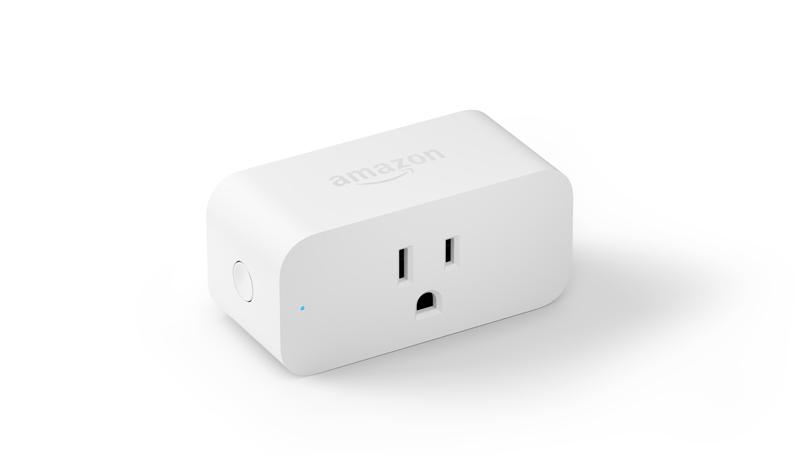 Then, all that remains is to give the thing a name: the default name is “first plug”, but if you’re a human being you’ll probably find it more helpful to name it after the appliance you plan to plug into it. With this done, you can bark “Alexa, turn on the bedroom lamp” and watch in wonder as a gentle glow floods the room.

So far so good – but before you hand over your £25, have a ponder as to whether this capability is actually useful to you. In my case, since I already have a Philips Hue hub, it makes more sense for me to buy smart bulbs for my lamps rather than investing a smart socket: it’s cheaper and integrates with the Hue app and other controls.

And aside from lamps and fans, there aren’t that many appliances that benefit from a smart socket. I had brief fantasies of using the Amazon Smart Plug to activate my coffee machine from the bedroom or to run the dishwasher from afar. But there’s no point because those devices aren’t smart enough to actually start brewing coffee or initiating a cleaning cycle without my walking up to them and pressing their physical buttons.

One scenario in which I can see the Smart Plug making a lot of sense is if you have a bank of lamps all plugged into a multi-way power strip, which you could then plug into the Smart Plug. I doubt many of us are in that position, though – and as I’ve mentioned, there are cheaper ways to achieve the same end.

In short, then, this is a device of limited usefulness that’s somewhat overpriced. It would be easier to justify if, for example, it also contained a wattmeter like Devolo’s Home Control smart plug, but it doesn’t. It also lacks IFTTT support right now, though I dare say that will arrive before long.

Still, on its own terms, the Amazon Smart Plug is a high-quality product and compact enough that it doesn’t block access to switches or adjacent sockets. If you’re in the market for a smart plug and are willing to splash out on a trusted brand, you can’t go far wrong with this one – and the price has nowhere to go but down.