The global transport sector is shifting from the internal combustion engine to electric vehicles (EVs). The U.S. aims for half of its new vehicle sales to be electric by 2030. That's a huge target considering that EV sales accounted for just about 4% of the total vehicle sales in the U.S. in 2021. With roughly 15 million new vehicles sold in the U.S. last year, EVs and the companies making them have an immense growth opportunity.

Here are three top EV stocks to consider buying for the long term to benefit from this trend.

There is a lot to like about EV maker Lucid Group (NASDAQ: LCID). The company's cars offer an industry-leading range thanks to its superior battery technology. Attractive features, design, and technology helped Lucid Air win the MotorTrend Car of the Year award. The company has more than 17,000 reservations for Lucid Air. Positive reviews and a healthy reservation backlog suggest a positive customer response that bodes well for Lucid's long-term growth.

Importantly, Lucid not only offers great cars, but it is also progressing well on its delivery plans. It expects to deliver around 20,000 vehicles this year, increasing to 50,000 in 2023. Further, it recently announced its plans to set up a factory in Saudi Arabia. This development reaffirmed Lucid's plans to enter the Middle Eastern and European markets in 2022.

In terms of new models, the company plans to launch three new versions of Lucid Air in 2022. It plans to launch an SUV called Gravity in 2023. Lucid stock could be a great addition to your EV portfolio in 2022.

Ford Motor Company (NYSE: F) emerged as one of EV investors' favorite stocks last year. The stock surged 136% for the year 2021. What's more, it continued its rise in the new year and is already up nearly 18% so far in January. There are good reasons behind the stock's steep rise. 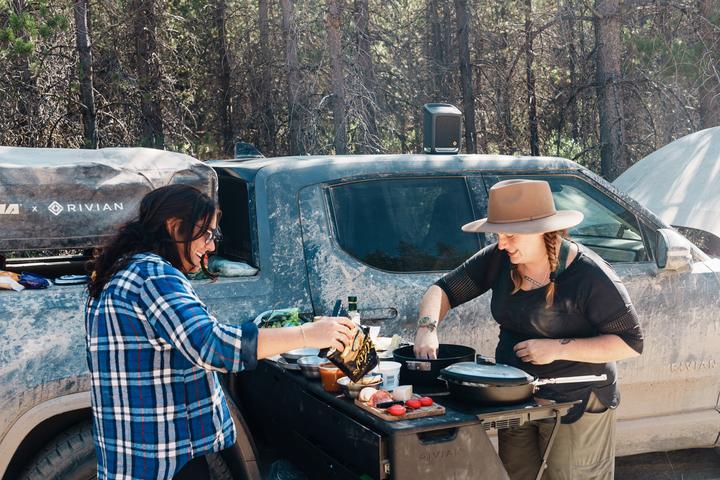 The first major reason for Ford stock's recent spectacular rise is the company's focus on EVs. Ford is looking to increase its global EV production capacity to 600,000 units by 2023. Further, it aims for 40% of its sales to be electric by 2030. The demand for EVs outstrips supply right now, and that could well be the case for the coming several years. A shift toward EVs could potentially help Ford generate higher margins than it does right now. Government incentives for EVs further benefit EV makers.

Ford's long-term plans in the electric segment, its established customer base, and rich auto sector experience position it well for the long haul.

While the U.S. is moving quickly to electrify its transport sector, China seems to be moving faster. In 2021, roughly 9% of the country's vehicle sales were electric.The Asian country seems to be the leader in absolute numbers as well. Of the 6.3 million EVs sold globally in 2021, around 3 million were sold in China. It makes sense to include stock of top Chinese EV maker BYD (OTC: BYDDY) (OTC: BYDD.F) in your EV portfolio.

BYD has been increasing its EV deliveries rapidly. The stock trades at a far more attractive valuation than most other top EV stocks right now. All in all, BYD stock makes a fantastic addition to your EV portfolio.

10 stocks we like better than Lucid Group, Inc.When our award-winning analyst team has a stock tip, it can pay to listen. After all, the newsletter they have run for over a decade, Motley Fool Stock Advisor, has tripled the market.*

They just revealed what they believe are the ten best stocks for investors to buy right now... and Lucid Group, Inc. wasn't one of them! That's right -- they think these 10 stocks are even better buys.